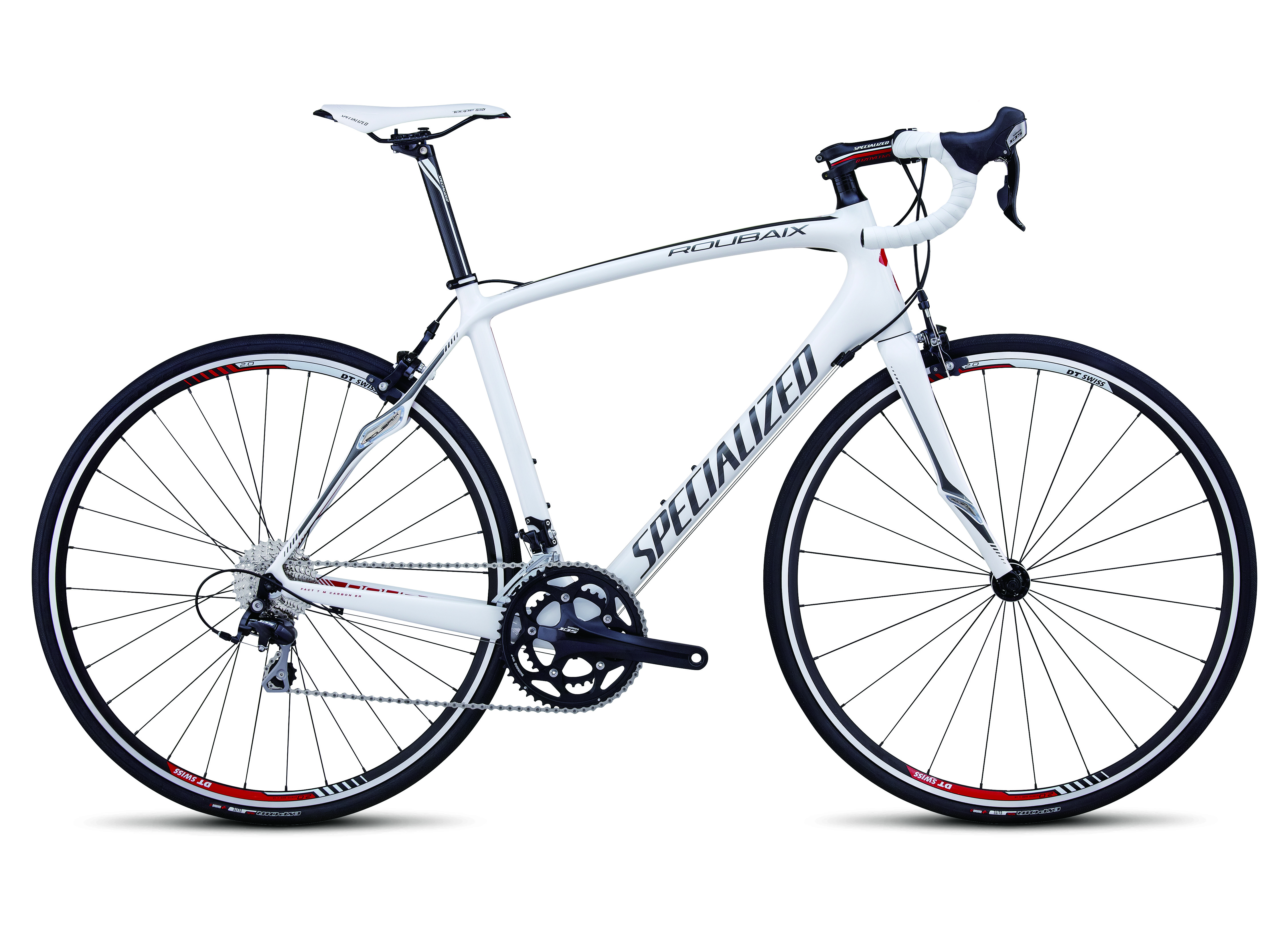 Specialized pretty much established the ‘endurance road’ category singlehanded when they first introduced the Roubaix way back when.  Originally designed to be the most effective bike to tackle the lagendary tough Paris-Roubaix race the bike has always been produced with features to cope with the long rough cobbles of Northern France – a more upright and stable geometry plus a more forgiving ride owing to a clever carbon fibre lay-up and the use of Zertz damping inserts.

Similarl to the Trek Domane I was gushing about last week, all these features add up to not only a killer race bike for the Spring Classics, but also great bikes for us normal human beings.

Having got started first with endurance road bikes, the Roubaix has had a bit of a headstart over the other brands.  Years of constant development and improvement ensure that the Roubaix is still at the top of the tree with cutting-edge technology delivering both an engaging, fast-reacting race bike and the smoothest most comfortable ride characteristics.  The proof of the pudding is in the fact that Paris-Roubaix has been won on a Specialized Roubaix in 2008, 2009, 2010 & 2012, as well as being the brand’s biggest selling road bike.

This constant improvement at the highest level means that the technology has trickled down at a fast rate so that you can now get a complete Roubaix for as little as £1200 with a world class frame at the heart of the bike.  That’s right, the same SL2 frame that Tom Boonen rode to victory in the 2008 edition of Paris-Roubaix is now only £1200 for a complete bike.  That is undeniably top value.

Time for some enthusiastic American to tell a little story about all that development….

What’s more this Sunday is Paris-Roubaix.  It’s always a brilliant race.  Having ridden across those sections of pave myself I know just how punishing it is riding that terrain… and that’s as a mere mortal, let alone hitting them at the speed the pro’s do.  Give it a watch, it’ll be on Eurosport live.  If you haven’t got Eurosport you’ll be able to find it on t’interweb through some kind of hookey feed, although the commentry may well be in Belgian or French.  In the meantime, get inspired with a little flick from Specialized.

And a short bit from ‘A Sunday In Hell.’  It’s a real classic, from a time when men were men.  Well worth hunting down the full movie, it’s a great watch to make turbo session less dull.

Not forgetting the time Hincapie’s forks broke off…