JOURNAL: A Return To Racing MTBs 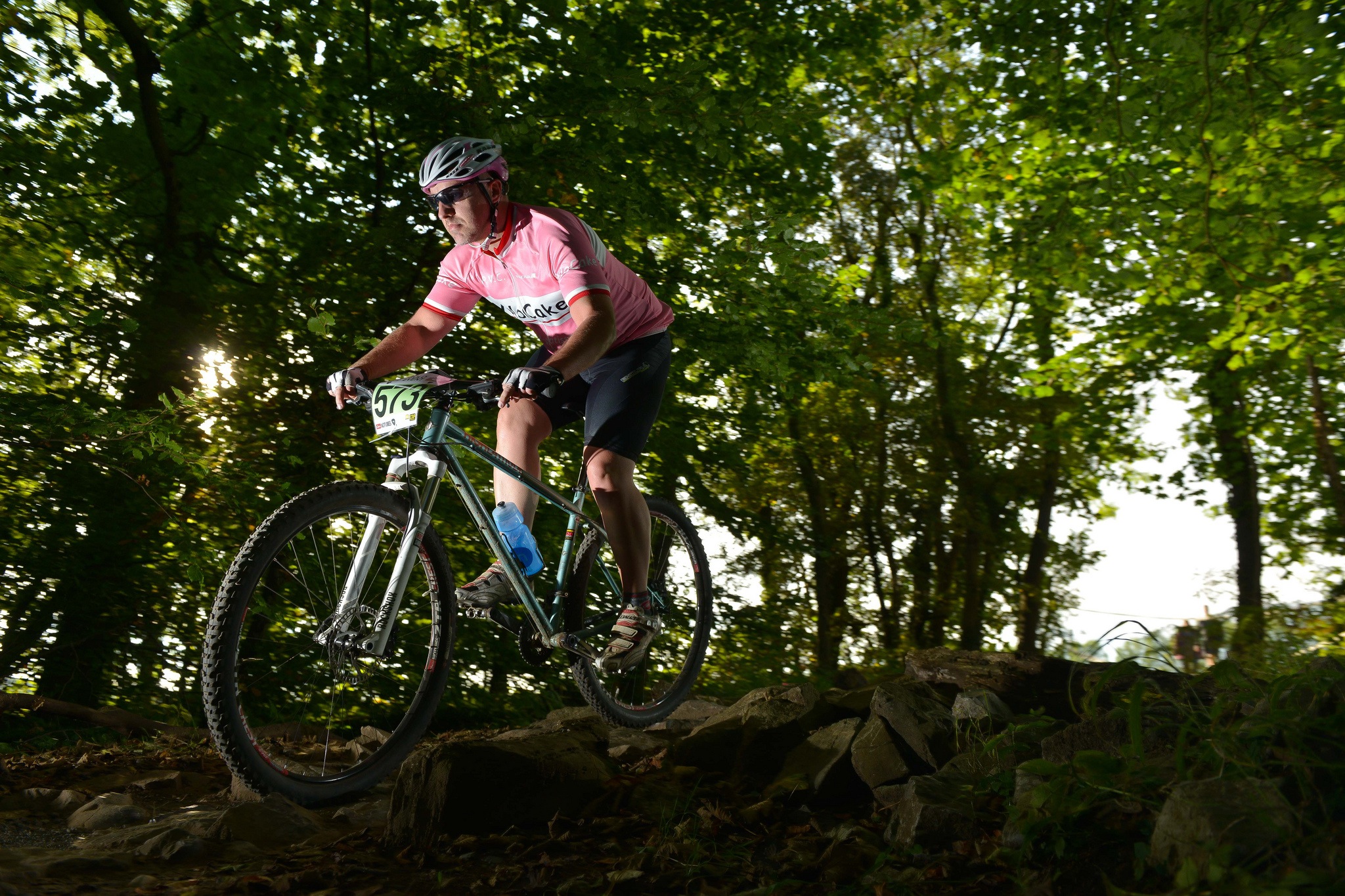 A Return To Racing MTBs

It had been 4.5 years since I’d last raced an mtb in anger – back in early 2009 when I did the CLIC 24 hour solo down in the Mendips. Since then I’ve done a fair few cyclocross races, the Fred Whitton and the odd TT but have mainly been riding for fun. A rare free weekend, some friends and the promise of a fun, all weather course tempted me to enter the 4 hours race at the Stan’s No Tubes Oktoberfest down in Bristol. Plans to camp on the Friday evening were abandoned in favour of  a comfy sofa, food & beer at a mate’s house just down the road from the event – which worked out well given the wind & rain overnight 🙂

There was a choice of 3 races – 8 hour, 4 hour am & 4 hour pm. I chose the latter. I’m not fit enough for an 8 hour race at the moment and also fancied a bit of a lie in. Pete and Gary had to set off early as they were racing as a pair in the 8 hour which started at 9am! I was at the site not long after 9 with our crew chief Nicky to set up camp (we were camping on the Saturday night to give time for recovery and drinking beer / wine!) in the persistent drizzle. Wasn’t particularly looking forward to riding in the wet but there were soon some encouraging signs of brightness on the horizon. Fingers were crossed.

Pete and Gary were knocking out steady laps in the low to mid 30 min bracket. Given that they’re both racing whippets and my current lack of fitness I decided to set myself an initial target of 4 laps and then see how much time was left / how my body was coping. It was soon time to start and by now the sun was shining. Hurrah! The course was fun with lots of fast flowing singletrack through the woods. There were a fair few hold-ups on the first lap but things soon thinned out and the pace increased. I was being passed fairly regularly by the fast people in the 8 hour race but managed to latch onto a few of them which kept my pace healthy and helped me pass others ahead of me.

Before I knew it I’d completed 3 laps and headed back to the tent to get a quick bite to eat and a fresh bottle of drink. I was soon back on the course though. By now my upper body was beginning to protest. Lack of mountain biking fitness was starting to show! Despite this, lap 4 felt like it had been my quickest and I was getting more confident launching myself off a few of the dropoffs. Lap 5 was a different matter and I started to struggle. Legs were fine (plenty of commuting had clearly helped here) but the rest of me was in pain. Felt like I crawled around the last part of the lap. A glance at the clock revealed that I had probably just about enough time to squeeze in an extra lap but my body said otherwise. I headed back to the tent to grab a bottle of beer before making my way to the arena to see Gary finish.

The rain returned in the evening but it didn’t damped our spirits and the beer and wine flowed freely. All in all a cracking event and I’ll be looking to return next year.